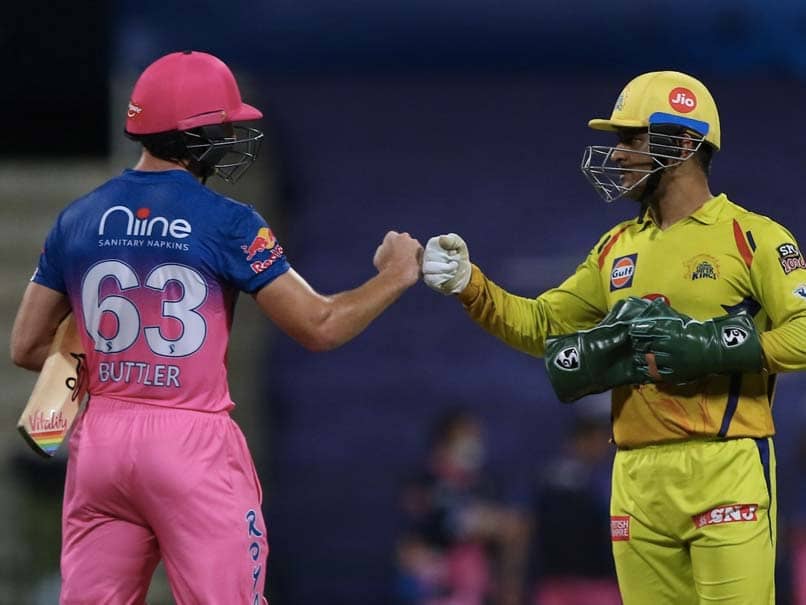 IPL 2021 match between Chennai Super Kings and Rajasthan Royals is to be rescheduled.© BCCI/IPL


The Chennai Super Kings on Tuesday said bowling coach Lakshmipathy Balaji and a member of the travel support staff tested positive for COVID-19 on May 2. As per IPL protocols the rest of the CSK squad will now remain under isolation, CSK said in a tweet on Tuesday. Both Balaji and the staff member have been isolated from the rest of the squad and they are “in good spitits”. Moreover, sources said the IPL 2021 match between Chennai Super Kings and Rajasthan Royals on Wednesday is set to be rescheduled.

Monday’s match between Kolkata Knight Riders and Royal Challengers Bangalore was also postponed after two KKR players tested positive for COVID-19. KKR’s Varun Chakravarthy and Sandeep Warrier tested positive for the virus, the IPL said, and both cricketers have been isolated from the rest of the squad.

Chennai Super Kings last played Mumbai Indians on May 1. Rajasthan Royals’ last outing in the tournament was on May 2 against SunRisers Hyderabad.

KKR are based in Ahmedabad while CSK and Rajasthan Royals are in Delhi — the two venues hosting the second leg of matches in the IPL.

In Delhi, five ground staff of the Delhi and District Cricket Association (DDCA) had tested positive for COVID-19. However, DDCA president Rohan Jaitley said the staff members were not on duty.

Earlier, Mumbai and Chennai had hosted the first leg and sources said that the BCCI is likely to move the remainder of the league back to Mumbai by May 7.

The tournament is currently scheduled to be played in Delhi and Ahmedabad until May 8, following which Bengaluru and Kolkata will host the rest of the league games.

The playoffs and the final are scheduled to be played in Ahmedabad. The final will be played on May 30.

Virat Kohli “Has No Airs About Himself, Behaves As If He’s Our Childhood Friend,” Says Mohammed Shami

“India Has Given Me So Much, Hope Things Improve Soon,” Says Trent Boult